A few days ago, I saw a man at the side of the road with a “Homeless and Hungry” sign. Downtown Syracuse, like most cities, has its share of homeless people and those pretending to be so, and I barely gave this one a second thought. Later that day, though, I had three unrelated conversations in which street people were brought up, never by me. Coincidental?

It’s very easy in a mundane world to write off such incidents as “coincidental”: in other words, accidental or random. We are among the fortunate few who have gained at least an insight into a world beyond the mundane, a world where there’s a lot more going on than often meets the rational eye.

Carl Jung penned the word “synchronicity” to describe meaningful coincidences that occur in our lives. In essence, synchronicity belies the accidental nature of coincidence; the basic idea is of a Universe that is constantly trying to get a message through to each and every one of us.

So all we need to do is pay constant attention to every detail in our lives, and anything remotely repetitive is part of an important message from beyond, right? Well, you can certainly try to live that way, but I suspect you’d wind up a bit psychotic before the end of the first day.

Besides, synchronicity isn’t always repetitive. Have you ever felt torn by a hard decision, when all of a sudden something utterly unrelated pops up and pushes you one way or the other? It can be as simple as seeing a bus go by with a Nike ad; “Just Do It” might seem directed right at you.

As another example, perhaps at one time or another you’ve felt like all your choices were gone, and suddenly people came out of nowhere to help? Did you realize what was happening at the time? For that matter, have you ever called up an old friend, not realizing why you were calling, only to find out that they really needed you right then, at that moment? In “The Power of Myth”, Joseph Campbell calls this the “helping hands” phenomenon. When any of us puts out a psychic request for help, that help tends to be forthcoming. 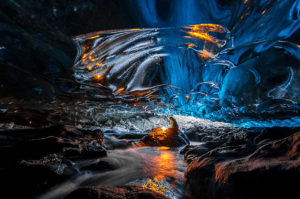 If you consider synchronicity to be a Universal communication tool, then things might start to make sense. Your call for help is like pulling on one strand of a very intricate web, and that pull is felt in many places. The web is vast, and connects all of us to everything else in the Universe.

Of course, when you look at it, everything that happens has a rational explanation. If, for example, you’ve been seeing a lot more hawks than usual lately, the rational explanation may be that it’s simply time for their spring migration. That’s fine, but it doesn’t explain why your awareness of them is so great; after all, they migrate every year. Didn’t you notice them last year?

Personal awareness is a key. If ravens have moved into your yard, so thick that it looks like a fluttering black carpet instead of a lawn, and you don’t notice them, then one of two things is going on: either the message isn’t for you, or you’re too blind to pick up on it.

At least some synchronous events could be called omens. And, like any omen, the hardest part is to figure out what it means. Interpretation is another key to synchronicity; being able to determine the relative importance of an incident and then figure out what message it carries.

There are several ways to approach this. You can meditate on the possible meaning, perhaps even journey to seek answers on the spiritual plane. You can consult divinatory tools such as Tarot cards, runes, pendulums, anything that appeals to you. Perhaps the simplest solution is to simply ask the Universe for clarification.

On the topic of divinatory tools, I personally believe that they work because of the same principals of synchronicity that put a love song on the radio right at the very moment you begin thinking about someone you care deeply about. It’s your awareness that makes it all happen.

Great. So all of us can find our personal place in the Universe as long as we pay attention. Every crossroads we reach will have a marker of some sort waiting; every decision will be predetermined. Right?

Wrong. Before you run off to live your whole life based on things you glean from Tarot cards and the sides of buses, it’s important to realize that while the messages you’re receiving are generally accurate, your interpretations of them aren’t always so. Your identity, your inner awareness, should never be allowed to become lost in a sea of possible messages. Learn to trust your instincts, your gut reactions will tell you if you’re on the right path.

It’s about remaining open and aware for as much of the time as you possibly can. It’s about understanding that personal messages are often delivered in unconventional ways. Most of all, it’s about simply allowing the Universe to communicate with you and through you.